Bill Aydam, AKA Sugar Face Willie, plays rhythm guitar and harmonica in the band and occasionally sings a sweet, heart-felt love song such as “If You’ve Got the Money Honey.” Bill is a life-long musician and prolific song writer. Many of his songs are featured in band performances. We venture to say he is one of the top harmonica players in Austin. Come see for yourself, if you can break through the groupies who typically gather in front of the stage to hear him suck and blow.

Lisa Rainbolt is the lead singer (and yodeler) and occasionally plays piano, guitar, and rubboard with the band. Be warned - attempting to take a tambourine away from her may result in bodily injury. Her influences include Loretta Lynn, Tammy Wynette, Patsy Cline, Patsy Montana, and Eilen Jewell. Audiences enjoy hearing her cover these greats, as well as songs by Merle Hagard, Willie Nelson, Buck Owens, Hank Williams, and many others of this genre. Lisa enjoys singing backup harmonies when other members sing lead on a song. Lisa was born and raised on the east side of St. Louis and is as mean as she is sweet. She’s also a song writer and some of her songs are included in the band’s set list. Lisa works diligently trying to get PATRON to sponsor a tour for the band. 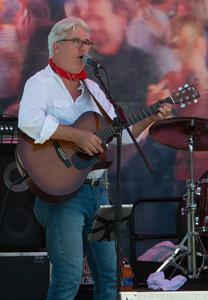 Livin In a Doghouse Now *

When Will I Be Loved

God Made Waltz for Women*

John Christian is the lead guitar player, and he also sings lead and backup on many songs in each set, including his own originals. John is a prolific musician with professional proficiency in several instruments. John is well known throughout Austin for his mastery of country music, as well as blues and rock-and-roll. It’s hard to find a song John doesn’t already know. Don’t let his quiet, calm demeanor fool you - his amazing guitar licks perfectly capture the iconic twang of classic country and he can really rip it up. You’ll think you’re listening to the original record. You can find tons of his music on YouTube. 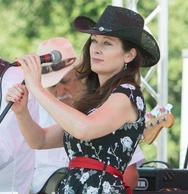 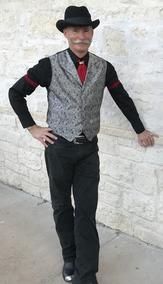 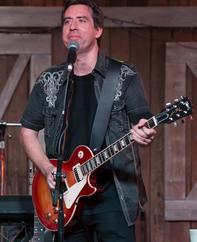 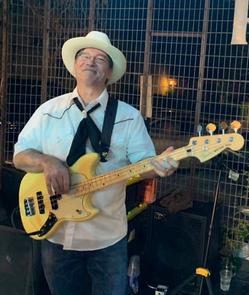 "The Pearl Snaps" is a legal, fully protected United States FEDERAL trademark, serial number 86438156 USPTO. Any other use by a person(s) or entity is unlawful without consent and written permission. The Pearl Snaps is a DBA in Travis and Williamson counties in Texas and subject to all rights and privileges. 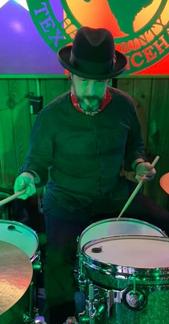 Chuck Interrante is the 183rd bass player the band has had since 2015. Whether brave or foolish, so far so good. He shows up on time, sober, and unlike any other bass player in history, helps other bandmates carry equipment in load in and load out. The real question is: can he put up with the chick singer? We're all taking bets.

Steve McCarthy is arguably the best dressed piano player in Austin, and owns the most technology gadgets of anyone we know. He also plays accordion and fiddle in the band. Steve is the definition of multi-instrumentalist, but there isn’t enough space here to include an exhaustive list (and chances are you haven’t even heard of some of the things he plays). Suffice it to say he has his own fans who come to hear his saloon-style piano playing and get a look at his latest eclectic duds he probably picked up on one of his regular trips to Taiwan or Uruguay.

These Boots Were Made for Walking

Blue Eyes Crying in the Rain

If Your Heart Ain't Busy Tonight

Let's Chase Each Other Around the Room

If You Catch Me Stealing

Heartaches by the Number

Ghost Riders in the Sky

Stand By Your Man

Close Up The Honky Tonks

Taking The Show on the Road*

I Want to Be a Cowboy Sweetheart

Two Dollars in the Jukebox

I Fall to Pieces

Tonight the Bottle Let Me Down